Google Local Services Reviews Not Showing in Google Maps? Why That Happens and What to Do

Google Local Services Reviews Not Showing in Google Maps? Why That Happens and What to Do 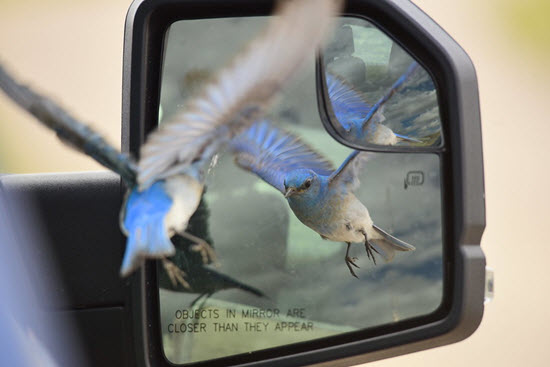 Many businesses use Google’s Local Services Ads (AKA “Google Guaranteed”) program to show up at the very top of the local results – above all the other ads, and above the local map (AKA the 3-pack).

Local Services Ads (LSAs) are still not an option for every business, and they’re not a good option for everyone, but they often earn their keep for the businesses that do use them – if my clients’ experiences are good indicators.  By which I mean people see the ads, click on them, and in some cases become customers.  (If you’d like to know more, Tom Waddington did a great overview of LSAs.)

Google even makes it extra easy to ask customers for reviews: Google gives you a special “write a review” link (different from the Google My Business one) and encourages you to use it to ask for reviews.  If you use that link or otherwise encourage your LSA customers to review you within the LSA interface, you’ll get reviews that show up with your ad.  Those reviews are great, as far as they go.

The trouble is your Local Services reviews don’t show up in Google Maps.  Even though your Google Maps reviews show up just fine in your ad, so you assume they’re the same thing (“a Google review is a Google review”). 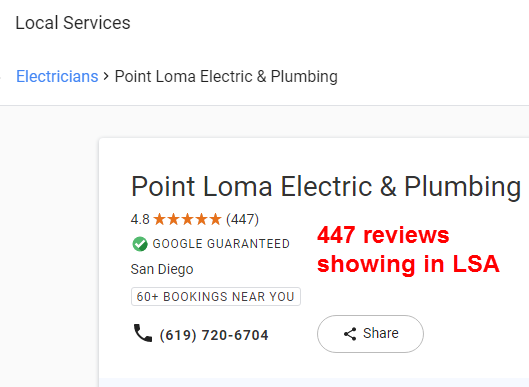 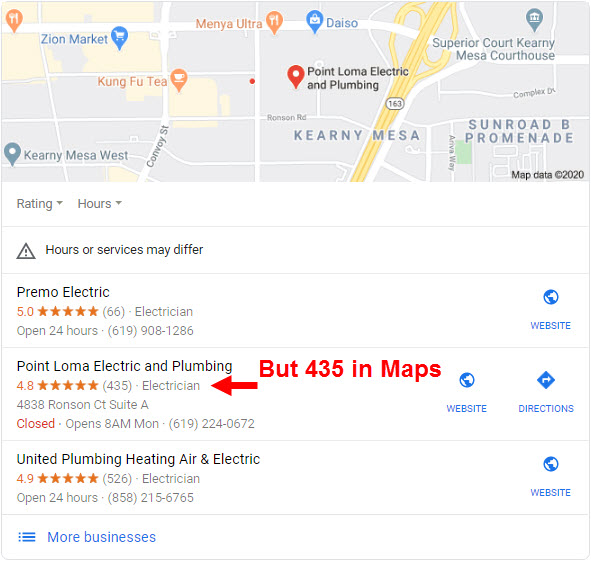 So, for instance, if your ad says you have 35 Google reviews, but your Google Maps review count shows only 25 reviews, then now you know why: About 10 of your customers wrote a review exclusively in Local Services Ads (probably from your custom link), rather than on Google Maps for everyone to see.  Now would-be customers see those 10 reviews if they click on your ad.

Especially in these tough times, you need all the reviews and local SEO mojo you can get, you want would-be customers to see all your good reviews, and you’d like to minimize the amount you need to pay Google along the way.  What in tarnation is going on?

The buckets are only somewhat separate, because Google pulls customers’ Google Maps reviews into your ad and counts those reviews toward the total number displaying in your ad.  So in that sense there’s overlap: a review that someone wrote you in Google Maps shows up everywhere, including in your Local Services Ad.

Why doesn’t Google simply pull LSA reviews into Google Maps, or just have ONE kind of review?  I wonder the same thing.  My guess is it’s some combination of 3 reasons:

1. Reviewers’ privacy. Maybe someone is willing to write a review of a Local Services Ads business, but doesn’t want his or her review to show up publicly on Google Maps and in his or her Google user profile. Google needs to balance privacy (so they don’t get sued more) on the one hand with monetizing reviews on the other hand.  If Google accepts business owners’ advertising dollars, tells them to ask for reviews, encourages customers to click on ads because of those reviews, and then makes it hard for customers to write reviews or makes them squeamish about it or filters the reviews, then that’s a problem for everyone.  Having reviews that show up only in Local Search Ads is a compromise.

2. Google probably wants to make the LSAs slightly more attractive to click on by making the total review count higher. If a customer who’s shopping around can see 25 reviews of a business or see 35 reviews of the same business, which set of reviews probably gives him or her a better snapshot of the business? I’m guessing the bigger pile of reviews gets the click much of the time.  If the person who clicks the Local Services Ad ends up booking the service via Google, of course Google gets a cut of the transaction.

3. It’s an engineering problem built up over time. Google Maps reviews were around long before Local Services Ads. Starting when Google introduced the latter in 2015, Google has had to slide the ads into the search results to do a long-term test, without screwing up the local results so much that nobody uses them or wants to advertise in them.  Also, because of that, most businesses’ Google reviews were and are left in Google MAPS, and not through Local Services Ads, yet somehow Google has to make the review count in LSAs higher than the one in Maps.  That’s why they’re not two completely separate buckets of reviews.  Eventually, if more reviews are left through Local Services Ads than in Google Maps, I wouldn’t be surprised if Google concludes, “Cool – the LSA reviews aren’t the runt of the litter anymore” and then completely separates them.  Of course, separating elements doesn’t always work.

The main reason Google Maps reviews are so powerful – and fudged and spammed constantly – is that almost everyone sees them sooner or later.  They show up in the 3-pack.  They show up in Google Maps, including in the app.  The review count, average rating, and little excerpts of the reviews show up in the right-hand sidebar (AKA the knowledge panel) whenever someone searches for you by name or clicks on you in the search results after finding you for the first time.  They’re nigh unavoidable, and Google often adds features to Google Maps reviews and sticks them in more places in the search results.

Not so with Google reviews left through Local Services Ads (via the special link).  They’re visible, but still avoidable.  For now, they only live in your ad.  Their main function is to get more people to click on your ad, so they book through Google, so Google gets its vig.

What’s my advice?  Ask customers to review you directly on Google Maps, rather than through Local Services Ads.  Those reviews will still show in your Local Services Ad, but won’t be limited to your ad.  Usually all customers need to do is Google your business’s name and click the “write a review” link.

The Google Maps route is only slightly harder for them and for you, and there’s still a chance their reviews will get filtered, but that’s an acceptable trade-off.  I suspect you’ll find that Google Maps reviews – the kind everyone sees – pack more of a wallop than the Local Services Ads reviews.  Partly that’s because (in my experience) LSA reviews are more likely to be dashed-off, short, and not too helpful.

By the way, what should you do about the reviews people already wrote through Local Services Ads?  Consider asking those customers to re-post their reviews in Google Maps.  At least on Maps the review will be more visible to more people.  If your customers find it easier, they can just copy and paste the review they already wrote you through your LSA request.  Now you’re thinkin’.

If you’ve found it tough to get people to write you Google Maps reviews, here are some economical ways to make it easier:

Especially if you also get reviews on other sites online, those Google Maps reviews can help you bring the thunder.  They can help your rankings and help you get more customers, no matter how invisible or visible you are now.  To work on getting Google reviews right is worth the heartache, and it’s about the highest-payoff use of your time I can think of.

How do you balance Google LSA reviews and Google Maps reviews?

Is Earwax Affecting Your Hearing?

5 Rules for Your Sub-Brand Keyword Strategy